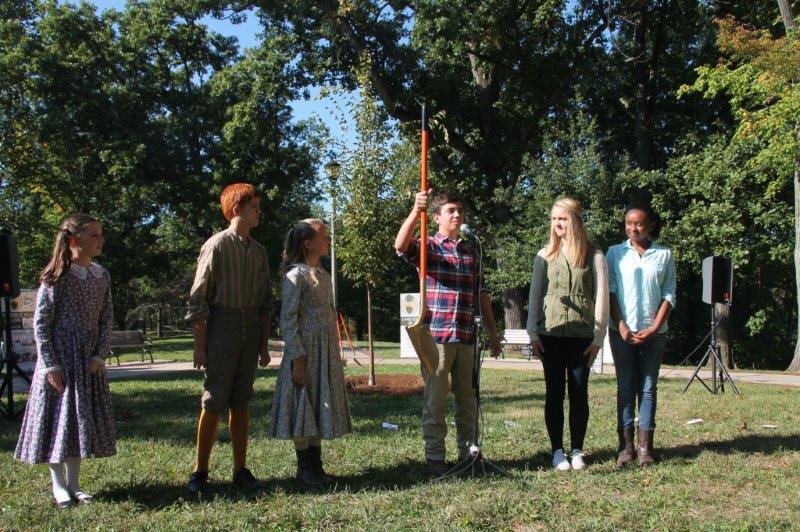 Cincinnati’s environmental crisis in the 1800s

In the late 1800s, the United States was facing an environmental crisis. Its once abundant and diverse forests had all but disappeared in the rush to build cities, to clear land for the plow, and to fire a growing industrial giant. In Cincinnati, the surrounding hills were bald. The outlying region was devoted entirely to pasture, farms, and a few orchards.

Into this challenge stepped somewhat unlikely leaders. In Nebraska, Sterling Morton, a newspaper editor, launched the first Arbor Day. In 1876, The American Association for the Advancement of Science called on federal and state governments to protect forest resources. Elsewhere, groups worked to conserve important patches of trees that had somehow eluded the axe, including giant redwoods in California. But it was here in Cincinnati where the movement really took hold.

In 1875, a local prominent physician, John Warder, along with a group of botanists and horticulturalists, formed the American Forestry Association. Elsewhere in the city, leaders as diverse as Adolph Strauch and Christian Moerlein, acknowledging the crisis, were educating the public and planting trees.

On April 25, 1882, in Cincinnati, the First Annual Forestry Congress was held. It called for “the discussion of subjects relating to tree planting: the conservation, management, and renewal of forests: the climactic and other influences that affect their welfare; the collection of forest statistics and the advancement of educational, legislative, or other measures leading to the promotion of these objects.” Two days later, on the seventh annual Arbor Day, the superintendent of Cincinnati schools, John B. Peaslee, closed all schools and every student went to an abandoned vineyard and planted trees. That vineyard is now the beautifully wooded and beloved Eden Park.

Today our trees face many threats more direct than the axe. Extinction of many species to exotic diseases and pests is a very real possibility. In the memories of many is the decimation or outright loss of the mighty chestnut, the beautiful butternut, and masses of magnificent elms. Now we fight the spread of the emerald ash borer, to which our nine species of native ash, which make up from 10-40% of the Eastern North American Forest, have no resistance. If the Asian longhorned beetle escapes quarantine from parts of Clermont County, it will remove from our continent 13 genera of trees. This would include all native species of maple, buckeye, birch, hackberry, ash, sycamore, poplar, willow, mountain ash, and elm—well over 100 species that could face extinction from their native habitat. Several non-native trees common to gardens and urban forests would also be lost. Still more diseases and pests loom on the horizon.

The rise of the Taking Root Campaign

Into this climate arises another group of citizens with the vision and determination to reverse the loss of our forests. The Taking Root Campaign began under the auspices of the Green Umbrella, the Cincinnati Zoo and Botanical Garden, the OKI Regional Council of Governments and The Green Partnership for Greater Cincinnati. It has evolved into a nonprofit organization through the participation, contributions and commitment of many Partner organizations and individuals.

Taking Root is striving to educate the public on the need for trees, to value and care for them, and to promote and facilitate efforts to plant them – by the millions! It is only fitting that this should happen in Greater Cincinnati. Perhaps, once again, we will lead the nation in this vital endeavor. We challenge you as caring citizens, professionals, institutions, governments, and agencies, to pledge yourselves, your organizations, and your communities to champion trees and preserve and grow our forests.

Register your tree plantings to count toward our 2 million goal. It's quick and easy.

Donate to save our tree canopy

Donations can go toward the Tree Fund or Taking Root's operational costs.